Statement of the Central Committee of the Iraqi Communist Party: No Participation in Elections that is not Gateway to Desired Change 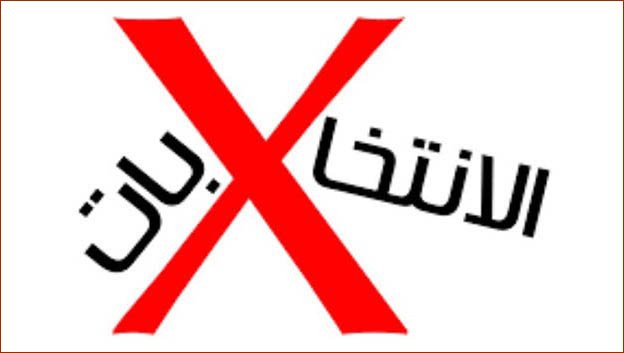 In light of the deepening political and social crisis in the country, with the dominant forces monopolizing political power and imposing their control over the country’s destinies and the direction of social development, the widespread corruption and the lack of prosecution for the most corrupt, the assassinations, kidnappings and intimidation, in addition to the deterioration of the living conditions of the people, especially the working people, due to the increase in poverty and unemployment, and the absence of basic services... Under these complex conditions, laden with crises and risks, talk of providing an atmosphere conducive to holding free and fair elections has become nothing but an illusion exposed by the tragic daily realities and the bitter suffering of millions.

Based on this, we announced in the statement issued by the party’s Central Committee on 9th May 2021, the suspension of our participation in the elections in October. We considered that our participation could not take place without the necessary conditions to ensure the fair and free elections we want, as expressed by the will of the Uprising in October 2019, to be a lever for the desired change. We stressed that unless a safe electoral environment is provided, through a fair Election Law and a truly independent Electoral Commission, measures that prevent the use of political money, ending the proliferation of arms, and holding the worst of the corrupt accountable, and unless the just demands of the Uprising are met and the perpetrators of the assassinations and those behind them are revealed .. Unless this has been achieved, participation in the elections will only be a process of reproducing the political system itself, the system of ethno-sectarian quotas and corruption, that is the source of crises and tragedies.

In connection with all this and in response to developments, the Central Committee decided to go back to the party's organisations, to take a collective decision through a referendum for all its members regarding participation in the elections or boycotting them.

This was carried out in early July, and the results of the referendum, which is an embodiment of internal democratic practice, showed that a clear majority supported the boycott. It should be noted that a high percentage of party members in all its organisations in all governorates and abroad, actively participated in the referendum. These comrades belong to various social strata, which shows that as a sample it does not represent the Communists only, but rather reflects a clear popular mood.

There is no need here to emphasize that our boycott of the elections in light of the current suffocating crises is not directed against the electoral process as a democratic practice. It is, for us, one of the means of peaceful action for change, which calls for combining all forms of popular, political, intellectual and economic struggle. It is also linked, as a form of struggle, to our clear goal of change aimed at establishing a democratic civil state based on social justice.

Today we are faced with the task of real change and a radical solution, aiming to change the political course responsible for the deepening crisis, as well as the economic policy that has led to the accumulation of wealth in the hands of a small exploitative class and a ruling minority at the expense of the crushed and deprived majority of the people, and to the continuation of fragile economic structures, and impeding the development of national productive sectors.

While we call for boycotting the elections, we call for changing the political path by breaking with the policy of ethno-sectarian quotas and political sectarianism on which the crisis-ridden political process was based. By doing so, we call for achieving democracy, which is threatened by those who use political money, uncontrolled arms, fraud and promoting a culture of corruption, and those who circumvent any possibility to save the country from the abyss into which it is descending.

Through the boycott of elections, we are calling upon the masses of our people stifled by the ethno-sectarian quotas and corruption, the families of the martyrs of the October Uprising, its brave leaders, heroic youth and all its patriotic supporters, as well as all the living forces of our people and all those who hold dear to their hearts the country’s future and the direction of its peaceful social development, to unite efforts and struggle for a reform of the entire electoral system, enact a just electoral law, and fulfil the conditions for holding fair elections in which the broadest masses of the people express their free will, without manipulation and fraud, in choosing their true patriotic representatives.

Today, we urgently need a whole set of well-studied political, social and economic measures aimed at saving the country from the suffocating crisis and achieving change. Without these measures, the deterioration will continue and deepen, and the ruling political system will be reproduced, leading to unimaginable consequences.

On this occasion, we call upon the organisations of our party and its comrades and friends to work actively to mobilise the mass movement, escalate it and diversify its peaceful methods in the face of challenges, open up to the broadest masses and be at the forefront, in defence of their rights and freedoms, and to instigate their struggle for democracy and social justice.

عرض مقالات: The Central Committee of the Iraqi Communist Party
/