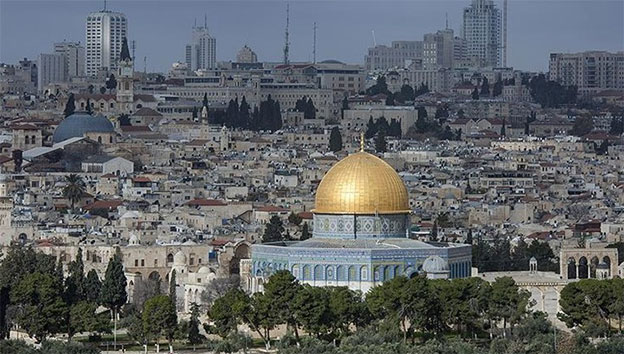 A ceremony was held in Washington DC yesterday for the signing of the normalization agreements between the UAE and Bahrain on one hand and Israel on the other hand, under the auspices of Trump and Netanyahu, in another humiliating step in the humiliating process of normalization with the Israeli occupation.

This step came after the normalization agreement last month between the UAE and Israel, with American blessing, and despite widespread popular rejection. It is no secret that the timing of the announcement of the normalization of relations between some Arab countries and Israel, which had been taking place behind the scenes, came about under pressure from the US president for electoral purposes and to enhance the position of Netanyahu, who is being legally pursued for corruption in Israel, and to appease the Zionist lobby in the US. These agreements confirm the involvement of these Arab regimes in implementing the infamous so-called "Deal of the Century" as part of US imperialist strategy to enhance its hegemony over the Middle East region through the establishment of a new regional alliance led by Israel.

The Arab League’s position, expressed in the statement of Arab foreign ministers on 9 September 2020, totally disregarding any reference to Emirati-Israeli normalization, was effectively a green light and a political cover for other countries to scramble for normalization with Israel.

The misleading media of the countries involved in these humiliating agreements portray them as just peace agreements that bring security, stability and prosperity to the signatory states and to the whole region. But they conceal the fundamental meaning of these agreements which Netanyahu, who is enraptured by the political gain he has achieved, claims are based on “peace for peace”, not land for peace, which is the principle adopted by most factions of the Palestinian national liberation movement, as well as by the “Arab Initiative” and UN resolutions. According to these humiliating agreements, the right of Israel to the lands it has usurped since its establishment is recognized. In addition, the right of return for the displaced and those who were dispossessed of their lands by the Zionists is relinquished. These agreements also endorse the acts of aggression committed by Israel against Lebanon, Syria and other Arab countries, the oppression and violations against the Palestinian people and their basic rights, and the annexation of territories.

All UN resolutions have affirmed the recognition of these just rights of the Palestinian people and obligated Israel to withdraw from the territories it occupied in 1967.

Confronting these accelerated normalization steps to legitimize the Zionist occupation under the auspices of the Trump administration, which also threaten security and peace in the Middle East region, requires all patriotic and liberation forces in the Arab countries to mobilize the energies of their peoples to intensify solidarity with the Palestinian people and the unified position announced by their national organizations and factions, and support their popular initiatives. It also requires developing effective forms of coordination with them, to block the path of the shameful normalization scheme and expose its goals. In addition, defeating this scheme requires active participation with all the free people in the world in order to raise the voice of solidarity, to demand the implementation of UN resolutions on Palestine, and call for an end to the Zionist occupation and enabling the Palestinians as a people to exercise their right to self-determination, return to their homeland and establish an independent Palestinian state with Jerusalem as its capital.