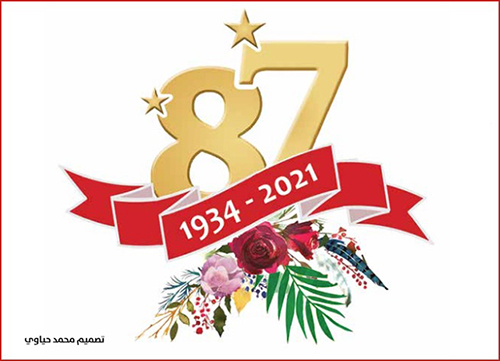 Let the Forces of Change Unite

and Defeat the Power-Sharing System and Corruption

The early thirties of the last century witnessed the increased political and social maturity of the Iraqi working class, and its increased influence on all levels. This laid the basis for the long-awaited step of establishing its own political party, as other classes and social groups did, to defend its radical interests and lead its struggle against the ruling reactionary alliance and its British protectors.

To achieve this noble goal, Marxist cells in Baghdad, Basra and Nasiriyah united at the end of March 1934 to form the Iraqi Communist Party. It was a new-style party in the full sense of the word, not only because it represented the working class and its allies among the poor and deprived, but also for its programme and goals. They called for securing the interests and rights of workers, peasants and all toilers, achieving independence and national sovereignty and building a democratic system. It was also characterised by its relentless struggle, in contrast to other political parties at the time.

The Party has continued its dedicated struggle throughout the past eighty-seven years of its glorious life, and thousands of its leaders, cadres and members were martyred in the fight for the people's freedom and prosperity. These objectives were in total contradiction with the successive reactionary and dictatorial regimes that ruled Iraq. They unleashed campaigns of brutal repression, physical liquidation and political slander against the party, hoping to eliminate it from the arena of struggle. All those regimes, however, ended up in the dustbin of history, and the party remained lofty, proud of its comrades, as it continued its courageous struggle under its slogan “For a Free Homeland and Prosperous People”.

After the American occupation of Iraq and the fall of the tyrant, the new rulers pursued a disastrous policy, through the ethno-sectarian power-sharing system (muhasasah), corruption and relying on foreign powers. The hopes that the people had of ending the legacy of dictatorship and achieving dignity, justice and equality were dashed. As a result, public money has been squandered, corruption is rampant and services are almost non-existent. The high unemployment includes even university graduates. A third of Iraqis are below the poverty line despite that fact that their country is one of the ten richest countries in the world. The state has lost its prestige with the spread of militias and armed groups, sectarian agitation and killings, and the emergence of terrorist organisations that occupied two-thirds of Iraq’s territory. The corrupt rulers have thus brought devastation and destruction to Iraq.

These and many other reasons have made the process of comprehensive change a necessity that cannot be postponed. This is what the vast majority of the Iraqi people recognisd and translated into a tangible reality in the protest movement since 2011, through 2013 and 2015, all the way to the heroic Uprising on 1 October 2019. The slogans of the Uprising encapsulated the legitimate demands of the Iraqi people. These include the demand of early elections and its prerequisites: reforming the entire electoral system, including the Election Law and Electoral Commission, implementing the Law of Political Parties, and combating financial and administrative corruption, beginning with the big cases of corruption. The demands included the rejection of the quota system in all its manifestations and the provision of the necessary services. In addition, the protesters called for tackling unemployment and raising the standard of living, especially for the poor, the deprived and those with limited income. The national economy needs to be saved from its rentier character, by reviving the industry, agriculture and production services. While combatting terrorism, weapons must be kept under the control of the state. The national and democratic slogans of the Uprising also included calling for an end to regional and international interference in Iraq’s affairs. However, the rulers and those clinging to power not only refused to respond to these legitimate demands, but rather faced the peaceful protesters with bloody repression and blatant violence. Hundreds of young protesters were martyred at the hands of snipers and the so-called “third party” and thousands were wounded. In addition, the protesters were subjected to a campaign of slander and lies to tarnish their Uprising. This campaign was combined with fervent efforts to buy off some people and infiltrate the ranks of protesters in order to steer the Uprising away from its course. Meanwhile, a frenzied campaign was launched to target activists, kidnap and assassinate them, and many have “disappeared”. The rulers have resorted to this campaign because they realised that the Uprising will end their political existence and end their banditry.

Those in control of political-decision making to this day continue to build more political barricades because they believe that it will protect them from popular anger and the inevitably change. The most recent of these attempts was the new draft Federal Court Law through which they wanted to legitimise their hegemony and shaky authority, and to blow up what remains of the components of the civil state. However, it was confronted with broad popular and political rejection. After amending the existing Federal Court Law, the aspiration is now for a proper selection of its members and for the Court to operate in a manner that enhances the democratic and civil structure of the Iraqi state.

The heroic Uprising and the mass movement in general will be renewed with greater force because their causes still exist, and even increased in depth and size. This was recently demonstrated by the protests in the Nasiriyah and other Iraqi provinces.

Efforts are also taking place to form leadership and coordination frameworks among the protesters and hold meetings with civil and democratic forces, including the Iraqi Communist Party. They are working vigorously and with a high sense of responsibility to mobilise the entire political and societal spectrum that can change the balance of forces through peaceful and constitutional means. This includes active and wide participation in the upcoming elections with a tireless struggle to provide the requirements for conducting it with fairness and justice.

Let all the forces aspiring to change and have an interest in achieving it unite and work honestly and sincerely for what is in the interest of the Iraqi people and remove this ruling minority that has failed in everything except for thievery.

The Iraqi Communist Party will spare no effort to bring together the civil and democratic forces and all the patriots of our people in a broad front capable of bringing about the desired change, ending the ethno-sectarian power-sharing system and corruption and moving our country and people from a failed state to a democratic civil state and social justice.

Long live our Iraqi people and their national democratic forces.

Glory to the martyrs of the party.

Long live the Iraqi Communist on its 87th anniversary.